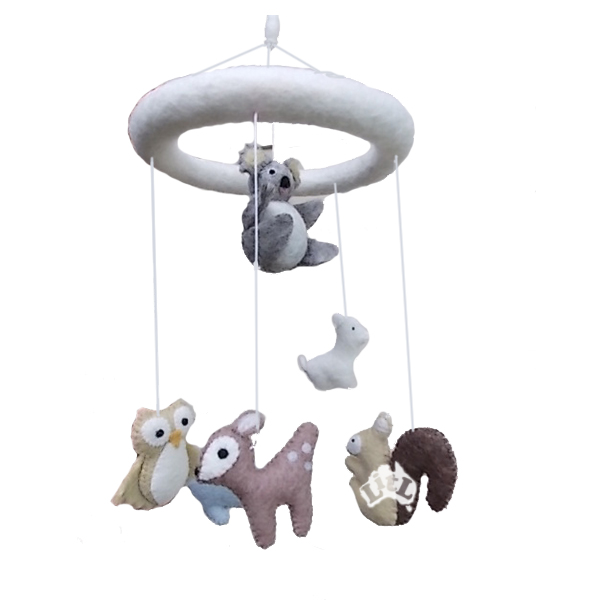 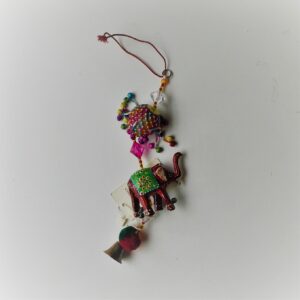 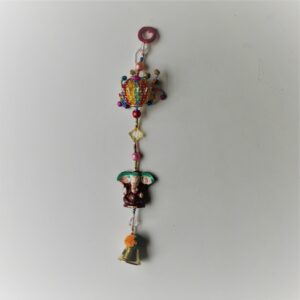 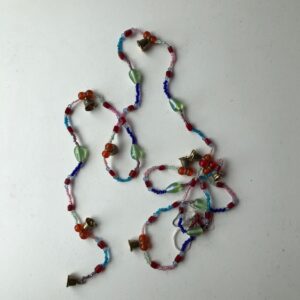 Black Metal Hearts Mobile also has bells attached to it. 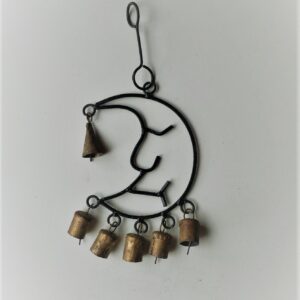 Black metal moon mobile has a sleepy face! the five bells  make beautiful music when the wind hits it. 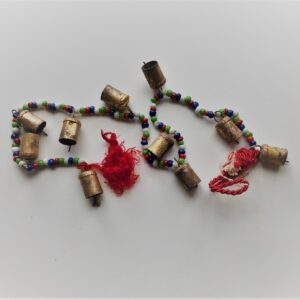 With many coloured bead dividing the bells this surely catches the eye. 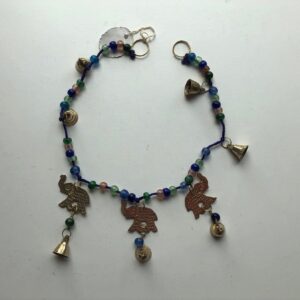 Brass Bells and Elephants Mobile can be hung in a semi circle. 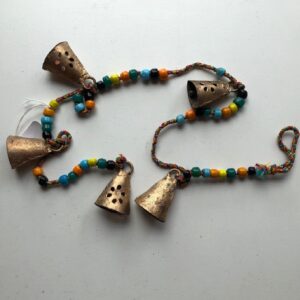 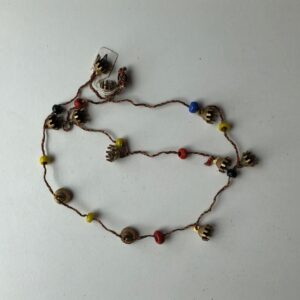 Brass Bells Beads String Mobiles are a smaller bell that make a tingling sound when the breeze catches them. 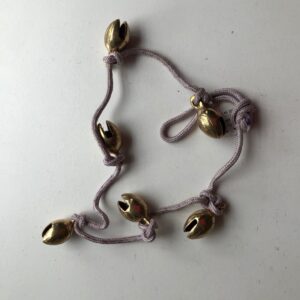 Beautiful Brass Bell with 5 arms of Camels , beads and bells. 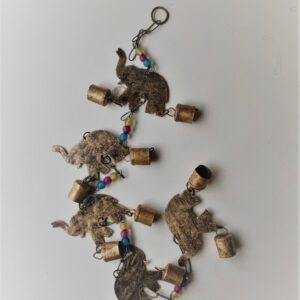 This set of five brass elephants coloured beads and brass bells is there to impress.