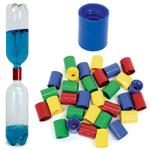 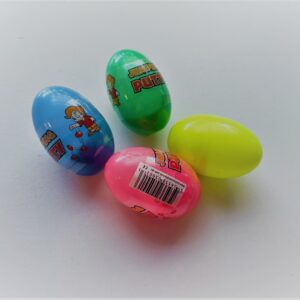 The Fluro Jumping Putty is an amazing sensory experience. The brightly coloured putty stretches, snaps, tears and molds to any shape you like. It’s also super-bouncy! 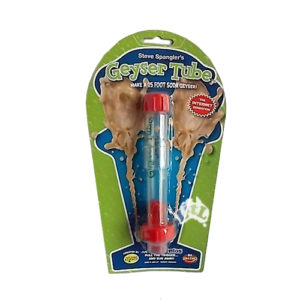 Makes a 7.5 mt soda geyser! Just add menthos pull the trigger….and run away! What started as a class room experiment quickly turned into a world wide internet sensation. Learn how to trigger an enormous geyser by dropping MENTHOS chewy mints into a bottle of soda using the geyser tube. The eruption is amazing…and so is the learning if you consider the science behind the fizz.
Ages 3 + 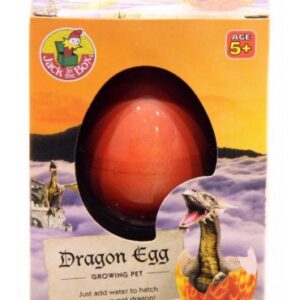 Grow Your Very Own Dragon Pal

Place in Fresh Water, The Egg Shell Will Crack & Your Dragon Will Begin to Hatch!
Your New Friend Will Reach Full Size in 3-4 Days, but the Fun Doesn’t Stop There!

Remove Your Dragon from Water & Watch it Shrink Back Down!
Once Shrunken, Can be Played with OR REGROWN
Follow Original Instructions & Watch Your Dragon Grow Again! 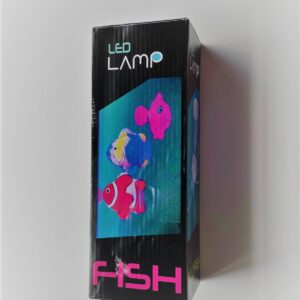 Keep your room interesting or reduce stress with this dynamic desk lamp with swimming fish and colour changing LEDs.
Watch the lifelike fish models swim and float around quietly, creating a beautiful ambiance. This desktop fish lamp is ideal for your desktop, children’s room, living room and practically any other room in your house.

Keep your room interesting or reduce stress with this dynamic desk lamp with swimming jellyfish and colour changing LEDs.
Watch the lifelike jellyfish models swim and float around quietly, creating a beautiful ambiance. This desktop jellyfish lamp is ideal for your desktop, children's room, living room and practically any other room in your house. 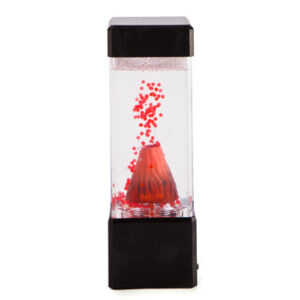 Keep your room interesting or reduce stress with this dynamic volcano desk lamp.
Watch the volcano erupt, creating a beautiful ambiance. This desktop volcano lamp is ideal for your desktop, children's room, living room and practically any other room in your house. 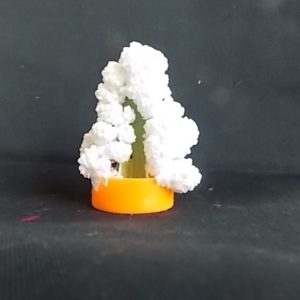 The magic flowers consist of a sachet of crystal solution and a cardboard tree. The tree soaks up the liquid, then as it evaporates crystals are deposited all over the tree.
age 3 +

You’ve probably seen this contraption before: Five small silver balls hang in a perfectly straight line by thin threads that attach them to two parallel horizontal bars, which are in turn attached to a base. They sit on office desks around the world.

If you pull a ball up and out and then release it, it falls back and collides with the others with a loud click. Then, instead of all four remaining balls swinging out, only the ball on the opposite end jumps forward, leaving its comrades behind, hanging still. That ball slows to a stop and then falls back, and all five are briefly reunited before the first ball is pushed away from the group again.

This is a Newton’s cradle, also called a Newton’s rocker or a ball clicker. It was so-named in 1967 by English actor Simon Prebble, in honor of his countryman and revolutionary physicist Isaac Newton.

Despite its seemingly simple design, the Newton’s cradle and its swinging, clicking balls isn’t just an ordinary desk toy. It is, in fact, an elegant demonstration of some of the most fundamental laws of physics and mechanics.

The toy illustrates the three main physics principles at work: conservation of energy, conservation of momentum and friction. In this article, we’ll look at those principles, at elastic and inelastic collisions, and kinetic and potential energy. We’ll also examine the work of such great thinkers as Rene Descartes, Christiaan Huygens and Isaac Newton himself. 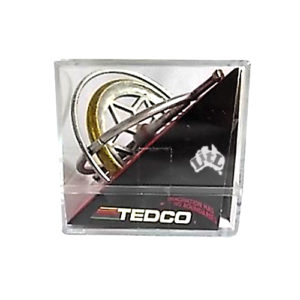 Gyroscopic forces have amazed mankind for hundreda of years. Now these amazing forces are yours. You can perform feats that seem to defy gravity. Your gyroscope will spin on it’s pedestal…dance on a string tightrope…balance perfectly on the lip of a drinking glass.Discover the secret and make your gyroscope do these and other astounding tricks. COMES WITH COMPLETE INSTRUCTIONS, PEDESTAL AND STRING.
Ages 3 + 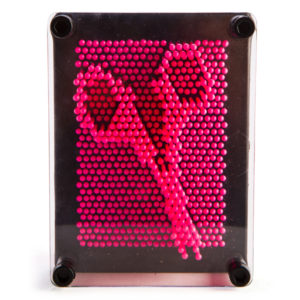 These coloured pin art are great fun for the children! 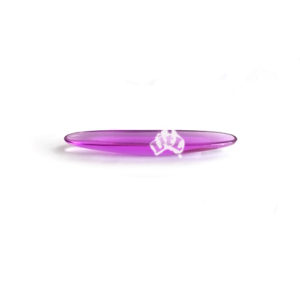 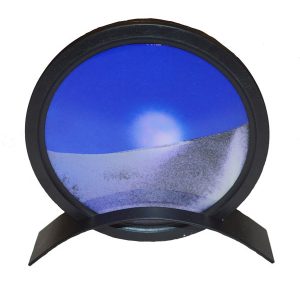