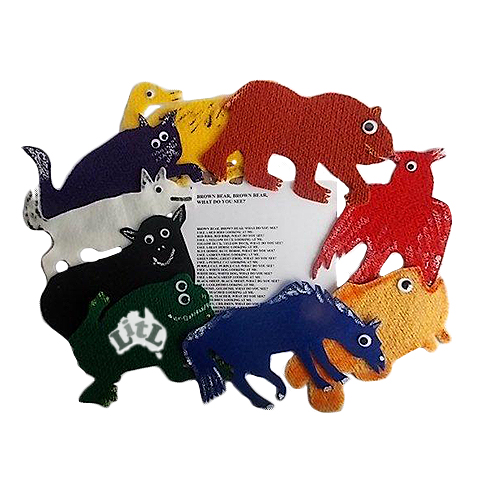 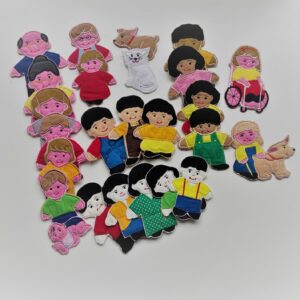 Made from quality cotton fabric and extensively embroidered. Each piece has velcro attached on the back. Adheres to felt board very well. 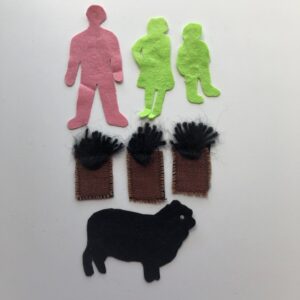 One of the old nursery rhymes the ever popular Ba Ba Black Sheep! 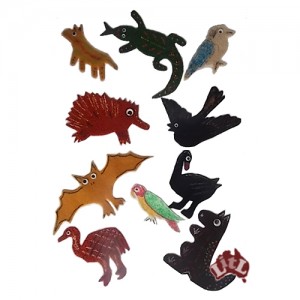 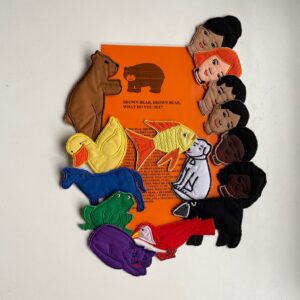 One of the children’s favourites! Made from quality cotton fabric and extensively embroidered. Each piece has velcro attached on the back. Adheres to felt board very well. The story comes with a laminated printout.
Ages 2 + 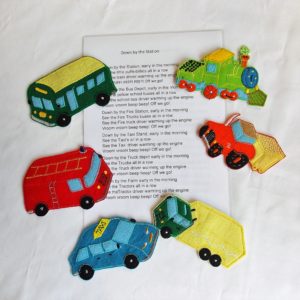 Down By The Station Felt Board Play

Down By The Station Felt Board Play

Down In The Jungle Felt Board Play

Down In The Jungle Felt Board Play 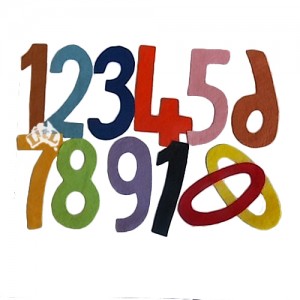 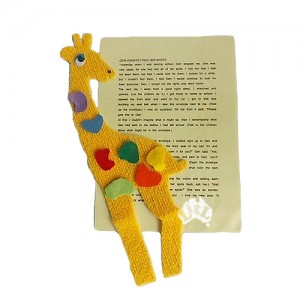 Great little story about a sad Giraffe that has lost her spots! Excellent for teaching colours and counting.
Ages 2+ 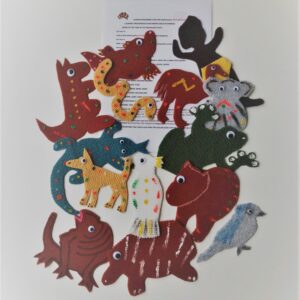 Developed and made in Australia by Leave it to Leslie this childcare resource is a fun way to introduce and educate all children to our unique blend of Australian animals and birds whilst teaching them some indigenous language.

You may want to research your own local area for the Indigenous names of animals and birds as in Australia there are more than 250 Indigenous languages including around 800 dialects! Sing this to the tune of old MacDonald.

You may also use  Auslan signing for this childcare resource. 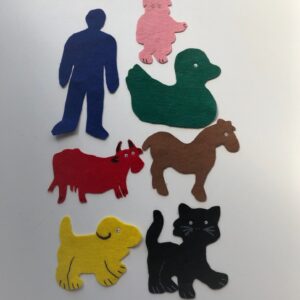 During the course of a walk, a young boy identifies animals of different colors. Toddlers will delight in identifying colors and animals in this joyful procession! 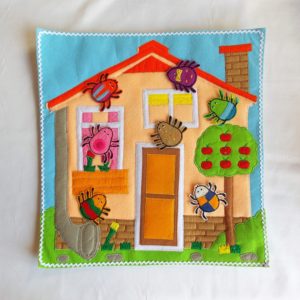 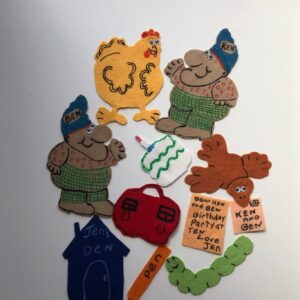 I’m Jen! a very clever hen…..Meet Jen the hen, who with paper and pen to Ken and Ben the garden men…. What happened then?