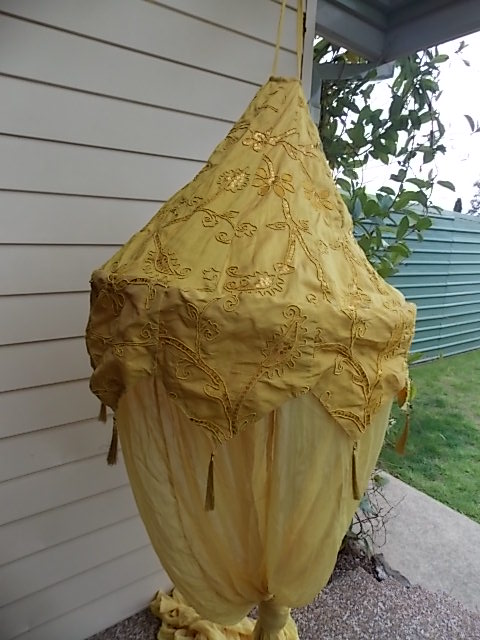 Fantastic circular Storytelling Tent with meters of chiffon for draping or hanging. There are 2 of these gold in stock at this special price!

Be the first to review “Circular Storytelling Tent” Cancel reply A must for the tiny tots!